Great tips Aish! I would surely try these wonderful remedies. 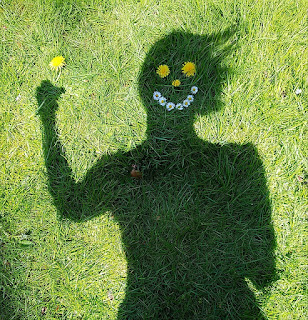 This title sparked in my mind a couple of years back and I have been wanting to write on this topic ever since. Finally, here I am, pouring out my thoughts…

While I respect and follow most of the logical practices, traditions and advices; I sometimes fail to understand the deceiving purposes. I see people with different faces, egos and un-stable reasonings behind following a certain tradition. When I try to find the root-reason for the so-called best practice, Surprisingly, it narrows down to “Society” and “Status”!  And “Ego” is the bi-product of deliberately disagreeing to follow the rules: either I am crowned with this tag or the opponent nurtures ego against me. Is ego bigger than life? Is status bigger than people? Is society bigger than happiness?

I firmly believe in self-respect; which I think, is very important for every individual’s stability and inner-growth. This is one such magic ingredient that enhances self-love and realization. There is a thin line between self-respect (dignity) and ego. People often mistake dignity to be ego. Questioning and expressing disagreements will intensify the heat.

I have witnessed people say to the victims of situations, “Why didn't you think about our family-name?”. For instance, a situation where a person has tried to end-life. Here, the question should be, “How are you doing now? You should have been brave. We are there to guide you.” These are the same people who go to every temple in the country, pray for hours and who preach to be compassionate. Personally, I do not see bad people. I see, bad situations that project people in such a way. The people who talk about living together with family/ extended family, have so many issues around neighbors that they do not even speak with them for years. Similarly, people who are very soft-spoken and are too sweet turn out to be with full of vengeance/Anger.

Each time I see a person, I see a different version of them. I am not saying that people should not have emotions or they should behave in a particular way all the time. I just want them to follow what they project to be and follow what they preach. Once in a family gathering when people were gossiping about an inter-caste marriage, some genius commented, “You hang Bharatiyar’s picture in the living room and talk against inter-caste weddings!”. Ha…ha…ha… This is the irony I am talking about.

I, somehow feel that the younger generations are far more clear in their ideas and most importantly, they first get their facts right! They don’t do anything until they understand what they are getting into. Also, they do not have fears and uncertainty in their minds that would hold them back. I see this as a great evolution. They are open to growth and change which would eventually bring the world closer.

If the false ego/status-mask is removed one can actually see clearly. Instead of showing the world how big one is they should believe in themselves completely. I really liked something that I read recently, it seems in Chinese culture they say that a person has three masks; one that he shows to the world, one that he shows to the family/friends and one that no one sees. How true is that!

A good one,it's the three letter word that holds you back from saying things your heart is dying to say like I love you, I miss you and I am sorry. So let's take out 'E' and just 'go' on.

Its a good distinguish between people of different characteristics... And tells there is always a good person behind the mask.. BRAVO .

Thanks all for your awesome comments! 😊

I am offering Skype-Bharatnatyam-Lessons during weekends. As a trained Bharatanatyam Dancer/ Teacher, I have found great success with teaching one of my students online and think that I can accommodate a couple more students in my busy schedule.
The formal dance classes will be 45 minutes long with both theory and practical lessons which will be tailored to each student's capacity and needs. Learning has no age constraints.
Love N Light,
Aish
Please contact me through e-mail : mailpriash@gmail.com