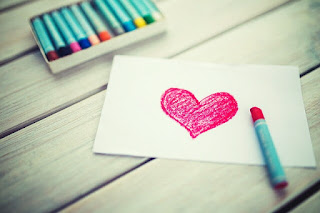 This meaningful story which I read through did give a significant definition.

An educated man from the city walking on the street was aghasted to see a couple of people bashing an individual holding few books. He ran to rescue him questioning the rest for the reason.

The Educated Man : What is the crime made by this person that led you all be so furious?

One of the angry mobs : Sir, Writing a book called "How to quit Gambling", this man had not ceased to gamble even after publishing.

The Man (In a calm tone) :  You all together hit one person, who though yearning to leave this habit, could not, but craves to save others through his book? In this world we lack people preaching righteousness and morality to others and when one does so, let us take the virtue from them rather than analysing further.
To this person expressing his love towards mankind, reciprocate the same by purchasing his book, it not only depicts the gratitude but also builds his self confidence in determining a new path!

So saying, the person walked away while the others happily rushed to buy!

In one way or other, we do express our love and affection towards our dear ones either directly or indirectly. This love we depict through actions, words and expressions.
LOVE - Like to Overcome Vengeance and Ego! Love thyself to love others!! 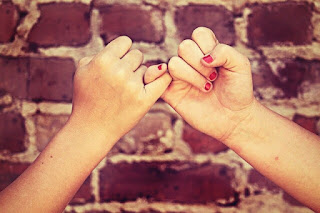 Let us visualise through a beautiful depiction.

Two affectionate sisters decided to strengthen their relationship by jotting out the list of changes required in their behavior towards each other. After two days of continuous writing, they sat together to read out on the third day. The younger sister wanted to share first and began to read out her long list loud. Slowly, tears started rolling down from her elder one as she listened patiently to the mends. After her completion of the three page list, accusing mainly for correcting her often, the younger one said, " Shoot out, your turn now!"

The elder sister without a word, gave a small piece of paper to her and walked away. The unconsolable younger one, hugged her sister pleading forgiveness for doubting her honest and straightforward nature, as that note read, "Dear sister, honestly I wish you be the same lovely sister forever. No change in you will please me."

Here, honesty is showered through the extreme trust that the elder sister has, keeping aside all the tiny mistakes of her sister, while the other one took it otherwise.

Honesty is embraced through purity by speaking truth, being trustworthy, acting righteously and above all experience the inner divine. It builds one's identity with respect and perfection. Each of us did acquire this wonderful characteristic, why not change the world when we have within ourselves!! 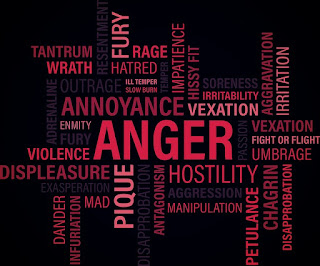 Most of the relationships get snipped off due to the understanding that is missed with haste - Misunderstanding altogether!

Let me narrate an inspiring tale from fables,

A sage while taking a dip in a holy river got astounded, seeing two people on the banks screaming at each other in anger.

The startled sage asked his Disciples : Why are they shouting in anger at each other?
One of the disciples : O holy One! Losing their calmness had made them both shout at each other.
The sage : Tell me why scream at each other when they stand closeby?

The sage (explained when his disciple got silent with no further answer) : When two persons are angry with each other, their hearts get apart. Naturally they shout at each other to cover the distance which has ripped their hearts. But when two persons verbalize love and affection, they whisper or even express without words but still understand.

So why argue and let distance sprout in between the two good hearts? Why say words that develop distance between relationships? Soon a day comes when distance will be too great that one might not find a path to return.

Let us change it to "Affection and Gratitude Entice Relationship!"
.....contd
Posted by Unknown at 23:56

I am offering Skype-Bharatnatyam-Lessons during weekends. As a trained Bharatanatyam Dancer/ Teacher, I have found great success with teaching one of my students online and think that I can accommodate a couple more students in my busy schedule.
The formal dance classes will be 45 minutes long with both theory and practical lessons which will be tailored to each student's capacity and needs. Learning has no age constraints.
Love N Light,
Aish
Please contact me through e-mail : mailpriash@gmail.com